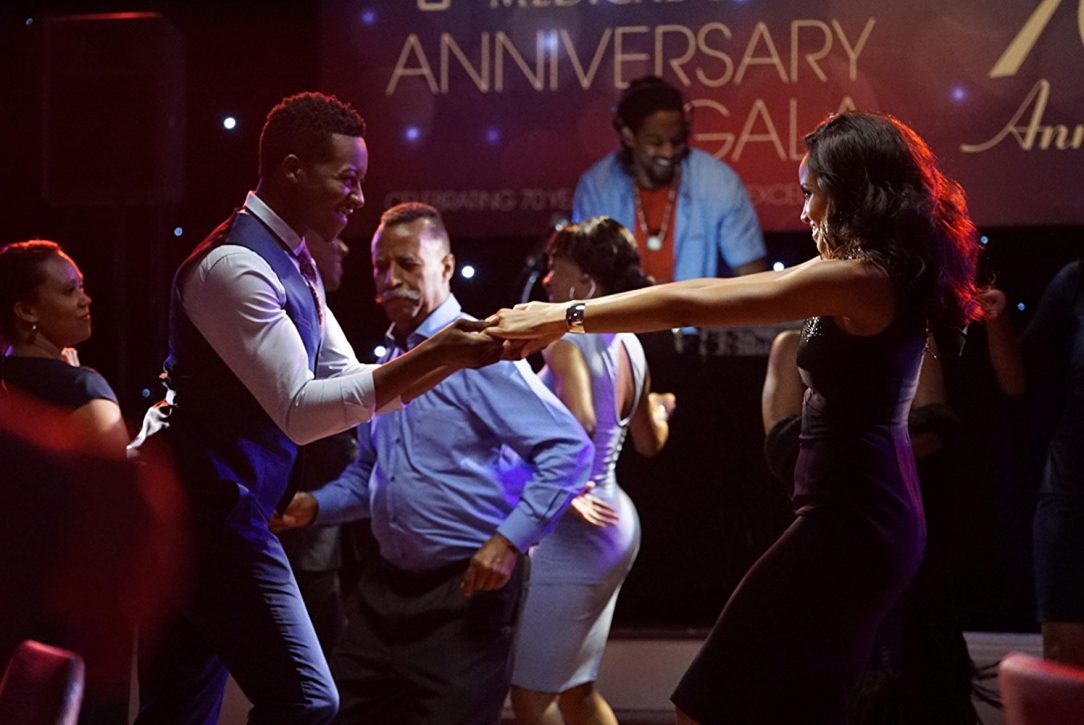 Teaching Civics with Episode 6 of The Mayor: Will You Accept This Rose?

Last night was election night in New Jersey. In case you missed it, Phil Murphy won.

Last night was also episode six of ABC’s new sitcom, The Mayor. I watched the latest episode on demand this morning to get caught up. So without further ado, here are some thoughts on how the show can help your students understand civics and local government.

In this episode, “Will You Accept This Rose,” Mayor Courtney Rose doesn’t deal with much city business. Instead, he focuses on a more private matter: dating. And it provides an interesting insight into being a young, single millennial who also leads a very public life as an elected official.

Plot Summary of The Mayor, Episode Six: Will You Accept This Rose

If you haven’t seen the show before, The Mayor is a sitcom about a young rapper who runs for mayor as a publicity stunt… and wins. He’s now the mayor of Fort Grey, and he and his young staff are struggling to come to terms with what that means. Their antics are both comical and informative, and the show is a useful vehicle for talking with students about themes in civics and local government.

In this episode, we’re reminded that Mayor Courtney Rose is a young, single man. The first five episodes focused a lot on his career – as both a politician and a rapper – and there wasn’t much about his personal life. But the episode opens with Courtney on a date with a young woman who is a lawyer. Her name is Amber.

They seem to be having a good time. Fast forward to tomorrow, and Courtney is sitting in a meeting with his staff going over his schedule. There’s a gala coming up that Mayor Rose has to attend, and he decides that this is his opportunity to show Amber a good time. As he puts it, the gala is “prom for grown folks.”

Against his chief of staff Valentina’s better judgement, Courtney invites Amber to the gala. But that gets complicated when, later in the day, he visits the local television studio and sees a woman he used to have a crush on – Danielle. Danielle is the weather forecaster at the station, and she’s flirting with Courtney pretty heavily. It turns out that she’s going to be at the gala as well.

Seeing a chance to get with Danielle, Courtney cancels on Amber and heads off to the Gala. They have a great time and dance the night away… and Mayor Rose finds himself on the front page of the local paper the next morning. Amber is none to happy, and she’s pretty much done with Courtney.

Courtney is upset that his business was put out in public, but he finds the silver lining in things and goes on another date with Danielle. While they’re out at a private dinner, she snaps a photo of them and immediately posts it to social media. He confronts her about it, and she makes it clear that her purpose in #MayorDating was simply to raise her profile and help her get out of Fort Grey.

Courtney finally figures out her ulterior motives and leaves. He goes to try to get Amber to give him a second chance. Meanwhile, there’s a second plot line with Courtney’s mother Dina. Her pastor (guest star Arsenio Hall) tries to recruit her to join the choir. And there’s a third minor plot element where T.K. and Jermaine learn a bit about Valentina’s personal life.

This episode does’t deal much with actual governing. But it does provide an interesting glimpse into what it’s like to be a public official and how that weighs on one’s personal life. It’s not a topic that would typically be “taught” in a civics class, but it is an important one that informs ones decision of whether or not to run for office.

The Not So Private Life of Public Officials

The major theme of the episode is simply that public officials can’t expect to have a private life. For better or worse, their business is in the public realm and they always run the risk of their personal business becoming public.

Courtney complains about this when he’s pictured dancing on the front page of the newspaper. Does he have an expectation of privacy? In this case, he was at a public event on official business, so I’m not sure how many people would agree with him on that. But what if he were simply out to dinner? Or what if he were at a private party for friends and family?

This could be an interesting and fruitful discussion to have about how much we should know about our elected officials and what amount of privacy they should expect. I’m sure there’s a lot of gray area there for people to disagree and debate.

It’s also worth thinking about how this varies with the type and level of elected official. Executives are more firmly in the spotlight, so mayors, governors, and presidents are under far more scrutiny than councilmen or state legislators. Federal officials get a lot more attention from the media, but local municipal officials also have to deal with being highly visible in a small place. County freeholders and state legislators, on the other hand, tend to be able to fly under the radar more. As a random state assemblyman, you’ve gotta do something pretty crazy and stupid to grab the attention of the media.

More to the point, this episode also raises the question of dating as a public official. Why is it that so many of our elected officials are married, and what is it like to be single in a public position of power?

If you look back through American history, we’ve only elected two presidents who were unmarried. Grover Cleveland (hooray New Jersey!) was single when he was elected to his first term, and he ended up getting married in his second year in office. James Buchanan, on the other hand, never married at all. The topic of presidents being single and dating is also a major element of the movie The American President.

In a conversation with his chief of staff, Courtney jokes that Senator Cory Booker is single and he doesn’t have to get permission or talk with his staff before he can go on a date. Valentina quips back that he has a whole team for just that purpose.

Courtney apparently missed the media firestorm surrounding Cory Booker asking Mindy Kaling on a date on twitter. If ever there was a man who couldn’t do something without the media noticing – it would be Cory Booker. Now whether the Senator plays this up to his advantage is a whole nother story. But the question remains – what is it about being married that seems to be almost a prerequisite for holding public office?

Finally, there was a short scene during Courtney and Danielle’s dinner date that is ripe for discussion.

Courtney asks Danielle about her interest in meteorology, and she replied that she was using this as a stepping stone to get out of Fort Grey. Her eyes were set on the future, and the present was merely a means to an end.

And while this isn’t necessarily an entirely bad thing, it has the potential to be problematic for public officials. Especially at the municipal level, what is your purpose? Are you here in your city for the long haul, trying to make things better? Or are you aspiring to higher office and using your city as a stepping stone?

It’s somewhat ironic that Cory Booker came up earlier in the episode, because this is a criticism often leveled against him about his time as Mayor of Newark on his way to being a U.S. Senator.

But the converse is also a problem. If someone doesn’t aspire to move on and move up, they can instead stay in the same position for four, five, or six terms. Is Newark better off for having Sharpe James serve as Mayor for a full twenty years, or for having Ken Gibson serve sixteen years before him? And this is certainly not a uniquely Newark problem. But this lack of change stifles the next generation because there’s no room for them.

And so ultimately the question for discussion is how do you find a middle ground between using a place as a stepping stone to a future position and staying in one place for too long? And how do you read between the lines to see whether a politician has a place’s best interests in mind or if he’s simply looking out for himself?