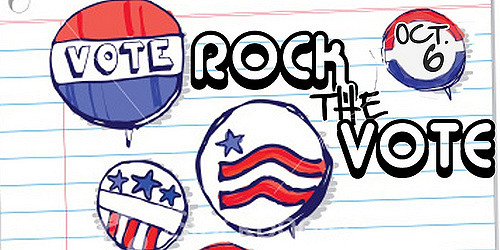 This Week in Civics: Oregon PD, Illinois Laws, and Voter Turnout in VA

Each week, I like to look back on news related to civics education and highlight some of the interesting and informative articles from around the country.

This week, we’ve got an international story, more news from Oregon, a political debate in Illinois, and some interesting data about youth voter turnout.

So without further ado, let’s dive in…

An International Look at Civics Education

There was a lengthy piece in the Financial Times titled, “Myanmar activist Wai Wai Nu: ‘Prison Was Really a Life Education.’” It tells the story of Wai Wai Nu, an activist in Myanmar who suffered repression and persecution under the previous regime.  Her father was a politician who opposed the ruling military regime a decade ago, and as part of a crackdown the entire family was rounded up and thrown in jail.

It’s an interesting story both of an individual’s development but also of a democracy’s development. It’s not an easy or natural transition from an autocracy to a democracy; it takes a concerted effort to develop the attitudes and skills within the community to build and sustain a healthy democracy. But this is also a reminder for us in existing democracies. We also need to invest in developing those attitudes and skills in our own communities each generation. If we neglect that, we lose it.

A century ago, John Dewey wrote, “Democracy has to be born anew every generation, and education is its midwife.” Without that midwife, democracy may well die.

Civic Scholars and Conference in Oregon

There was a quick blurb in The Outlook titled, “School Notes: Reynolds Teacher Chosen for Honor.” It recognized a teacher, Evan Selby, for being named as a “Civic Scholar” by state legislator Rep. Diego Hernandez.

The article didn’t include much detail about the program, so I dug into it a little. It’s part of a program created by The Classroom Law Project in Oregon. This non-profit promotes civics education and civic engagement in Oregon in a variety of ways. One of them is a statewide Civics Conference at the State Capitol. The conference features state legislators leading sessions about issues in policy and civic engagement for educators.

Civic Scholars is a component of that Civics Conference. Each state legislator nominates two educators to be Civic Scholars, and they earn free admission to the conference. Other educators can pay to attend, and it’s pretty cheap.

This sounds like an awesome conference and a good way to build a bridge between the legislators and civic educators in the classroom. We have a statewide social studies conference in New Jersey (NJCSS), but it’s a traditional social studies professional development conference. There’s no connection or integration with policy makers or elected officials.

Recently, Illinois enacted a law that revised its high school curriculum and graduation requirements to include a semester of civics. This law also set out some requirements for what was to be taught in that class. The law is currently in its second year of implementation. However, it applied to incoming freshmen starting last school year, so it’s possible that the course itself may not be implemented until next year or the year after (in those students’ junior or senior year).

In the wake of that, a bill was proposed that would implement a similar mandate in the middle school (specifically 6th, 7th, or 8th grades). The bill (HB 1252) requires a semester of civics at some point in middle school, and it lays out general requirements for that course that are similar to the current requirements for high school civics. Beyond that, it leaves it up to the local school or district to determine how best to implement the mandate.

The article reports on comments made by three Republican state legislators who opposed the bill. Their argument is that this was too heavy of a mandate for the schools and that it would be better to wait until the previous law had been fully implemented at the high school level.

I say bah humbug. Implement the law, and let middle school students learn some civics. If they’re taking three years of social studies (which I certainly hope they are), there’s no reason that one of those semesters can’t be set aside for civics education. And we know that if it’s not, it’s likely to get swept under the rug beneath history and other curricular requirements.

The bill passed the house in November, and it’s currently sitting in a Senate committee waiting for further action.

Finally, we have a quick report from the Center for Information & Research on Civic Learning and Engagement (CIRCLE), “Virginia Youth Voter Turnout Doubled Between 2009 and 2017, Estimates Suggest.”

Analysis of data from the 2009, 2013, and 2017 elections shows that youth turnout in Virginia has risen dramatically. These odd years are significant because there are statewide elections for Governor in New Jersey and Virginia, but nowhere else. These elections are always in the year following a Presidential election (i.e. 2008, 2012, and 2016).

It’s an oft-cited political fact that turnout in non-Presidential years declines, especially among various voting groups like young people and people in lower income brackets. It’s a promising sight to see that youth turnout is increasing in these non-Presidential election years in Virginia. Something must be happening that’s sparking interest among young voters in these statewide elections.