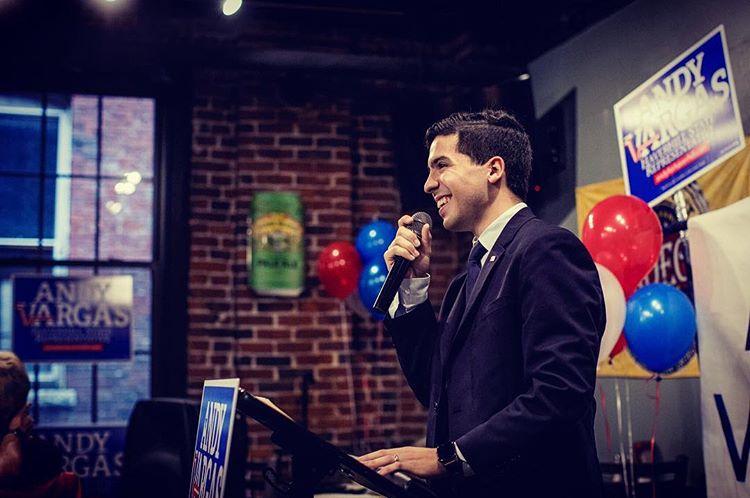 This Week in Civics: A New Hampshire Controversy and a New Massachusetts Legislator

By Brian in Character Education, Citizenship Test
No comments

Here’s a quick round-up of civics education news and columns from around the country this week. There’s a controversy in New Hampshire, a couple of columns from Texas and Minnesota, proposed legislation in Nebraska, and a new legislator in Massachusetts.

Civics Education and Curriculum in Texas

For the second week in a row, I read an article that quoted Thomas Jefferson and the idea that a nation cannot be both ignorant and free. Tom Lindsay used that quote to start his blog post in TexasMonthly entitled, “Improved Civics Education Needed for Democracy to Survive.”

Lindsay argues that we aren’t doing a good job of teaching civics education, so we as a society are not prepared to grapple with dissenting viewpoints and respect the freedom of speech. Lindsay works for the Texas Public Policy Foundation, and in his blog post he pitches their civics curriculum.

What’s interesting about it is that it lays out a complete K-16 curriculum with course syllabi for lower elementary classes all the way through college. What’s not so interesting is that it looks like a straight up political science and philosophy class.

Now I’m a huge fan of political philosophy. It’s what I studied in college. But I also worry that the material is not relevant and approachable for a general audience, and that you’re going to turn a lot of people off with a whole course that focuses on reading from things like the Federalist papers.

This is where something like Solutions Civics is good to introduce civics through a local lens – and you can pair that with political philosophy after you’ve got the kids attention.

The New Hampshire Institute for Civics Education hosted a workshop this week. It’s guest speaker caused a bit of controversy. Grant Boss, one of the editor’s at the New Hampshire Union Leader, took to its pages to pen a column about it entitled, “Teaching civics is not a math quiz.”

The workshop was titled, “What Kind of Citizen? Educating Middle School Students for the Common Good.” It featured Joel Westheimer, a professor from the University of Ottawa. Westheimer is also the founder of Democratic Dialogue, which has some ties to Bill Ayers.

The remainder of Boss’ column rails against Bill Ayers and everything associated with him. The whole thing seems vaguely reminiscent of the 2008 election, when conservative commentators tried to make a connection between Obama and Ayers.

But this is the second time in the last week or so that I’ve ready something about Westheimer. He appears to be pissing somebody off. It makes me want to read up on his “radical” ideas.

An Argument for Free Speech in Minnesota

David Schultz wrote a column in the Twin Cities Pioneer Press entitled, “Respect democracy – teach civics.” His topic is the first amendment. He suggests that both sides of the political aisle are losing their respect for the first amendment. On the one hand, the right is angry about protests during the national anthem. On the other, the left is angry about hate speech.

[I]n a democracy no one holds a monopoly on truth and that the way we prosper as a society is not by censoring those with whom we disagree but instead by engaging them in dialogue.

To Schultz, the antidote for excessive political polarization is more civics education. And I gotta say, I agree with him. It certainly feels at times like the whole fabric of civil society is being ripped apart. A key value of Solutions Civics is mutual respect, and the Citizens Campaigns’ civic pledge focuses on is positive engagement and involvement.

We definitely need more of this type of civic and character education if we don’t want to see the nation continue to fall apart.

There was an interesting piece of news in Nebraska. The Lincoln Journal Star reports on the State Board’s proposed definition of civic readiness in the article, “Nebraska ed board considers what students need to be civic-ready when they graduate.”

On the one hand, Nebraska was moving towards adopting the civics test as a graduation requirement. As I’ve written about previously, this is a bad idea. But Nebraska was also moving forward with a new strategic plan that called for students to be “civic ready” as well as college and career readiness.

The Nebraska Board of Education put forward a draft definition for “civic readiness.” It includes:

I like it. New Jersey was working on a strategic plan that also called for citizenship readiness, and they have yet to release draft language. In fact, that plan is now on hold pending the inauguration of a new Governor (Phil Murphy) and the nomination of a new Commissioner of Education.

I want to come back to this in the next couple of weeks and really dig into it, but this looks like a good, well-rounded definition of civic readiness. I hope that when the New Jersey Department of Education gets around to finishing its strategic plan it includes a similarly thoughtful definition.

When Civics Students Grow Up in Massachusetts

Finally, the Eagle Tribune reports on a new state rep in Massachusetts in the article, “Vargas sworn in as new Haverhill State Rep.”

I liked this story because in many ways, it’s a success story and advertisement for civics education. The new rep, Andy Vargas, was a youth advocate in high school. As a part of Teens Leading the Way, he lobbied for criminal justice reform. He also drafted a bill related to civics education – at the age of 16 – and secured co-sponsors in the legislation to introduce it.

After serving as a town councilman, he’s now been elected to the state legislature.

Anything Else Going On?

What do you think? Which story speaks to you…?

And did I miss anything? Drop a comment below if you know of any other civics education news in the last week or two.