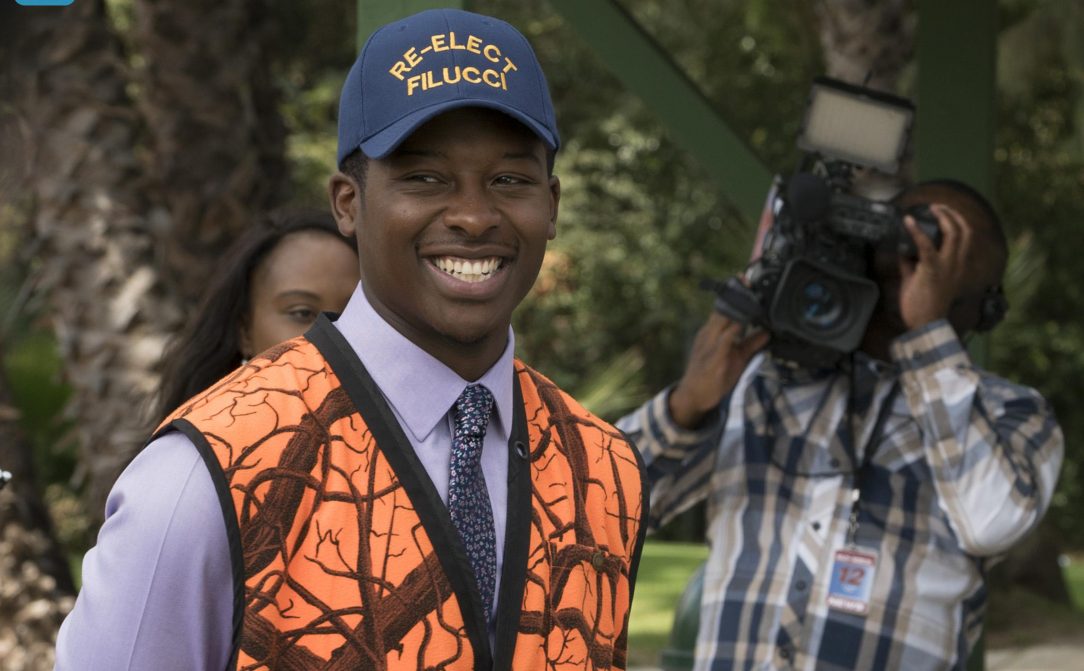 Teaching Civics with Episode 7 of The Mayor: Here Comes the Governor

This week, episode seven of The Mayor aired. In this episode, “Here Comes the Governor,” Courtney Rose entertains the Governor on a trip to Fort Grey. He also wrestles with the challenge of “playing the game” while staying true to himself.

The show is an interesting and relatable way to expose students to issues related to local government and civics. As part of an ongoing series, we’ve been reviewing each episode and identifying some questions, themes, or topics that you might discuss with your class.

So, without further ado, let’s dive into this week’s episode.

At the beginning of this week’s episode, Courtney and his team are in his office awaiting a call from the Governor. When the call comes in, the Governor informs Courtney that he’s going to be making a visit to Fort Grey to meet him.

Courtney’s team immediately starts planning out an itinerary of must-see Fort Grey attractions. They plan to take him to a local eatery for some waffles, to the park to see people playing chess, and to a potential site for economic development. They’re super excited to show off their town – and then the Governor crushes their dreams. He doesn’t plan on doing any of those things.

Instead, the Governor takes Courtney out to the countryside to go skeet shooting. The press is on hand to photograph the occasion. Courtney’s staff points out that the Governor is just using him for a photo-op, but Courtney plays along anyway. Afterwards, in the steam room, Courtney demands that the Governor do something for Fort Grey in exchange for that photo op. He eventually agrees.

The next morning, the team is hit with a media crisis. An old video of Courtney and his friends wrapping surfaces. In it, he expresses feelings of disenfranchisement, says voting is pointless, and curses quite a bit. It’s not a very Mayor-ly look. The walks back his promise, and it looks like Courtney will either have to apologize for the video or forget about getting the Governor’s help.

So what does he do: apologize and sell out his past or stand by his principles and claim the video?

The major theme undergirding this episode is the idea of staying true to yourself – and the ways in which politics makes that difficult. But it also explores issues of the past rearing its ugly head and ways in which minorities and women can be pushed out of the political conversation.

Throughout this episode, Courtney seems to be walking a fine line. Is he playing the game and fitting in? Or is he selling out his friends and his city?

His staff seem pretty clear how they see it. First, Courtney allowed the Governor to hijack the trip and take them out into the countryside. Then, he put on a ridiculous looking hunting jacket. He had an opportunity to bring the Governor to Fort Grey and get help for the city, but instead of he ended up being used for a photo op.

On the other hand, Courtney felt like he was just playing the game. He has to fit in. He acknowledges that the Governor has a lot of power in this situation, and so he’s got to defer to him. He can’t overplay his hand and make too many demands. So he gives up the opportunity to show off his city in order to hopefully get some resources for the city.

The Past Rears Its Ugly Head

These days, the news is full of old stories coming to light. Al Franken, a sitting U.S. Senator, was accused of sexual misconduct. Roy Moore, a candidate for U.S. Senate, had a string of allegations made about his past. There have been many other similar stories in the last few weeks. By comparison, Courtney’s profanity laden rap video was pretty tame and innocuous.

On the one hand this serves as a reminder that a politician’s life is constantly under the microscope. Things that you thought were buried in the past can be dug up and brought to light at any point – and this can have both political and personal consequences. Combined with the added scrutiny that public life places on your personal life, like we saw last week, this is a consideration that could factor into whether or not a person runs for office.

On the other hand, it also serves as a reminder that this generation has left behind a whole trail of digital memories that never go away. The kinds of things that might have happened in college and been forgotten in the past are now documented and memorialized on the internet. A video that someone posts to social media at 18 could easily come back up 10 or 20 years later.

It’s a cautionary tale for young people to think twice about both a) what they do and b) what they document and share.

Where Politics Happens and Who’s In the Room

Finally, this episode provides a glimpse into where politics happens. In this episode, it’s on the shooting range and in the sauna. It could just as easily have been the golf course or the cigar lounge.

An important part of getting things done is relationships, and these are forged through these kinds of shared experiences. That can be harmless enough. I mean really you can’t change that about human nature.

When you consider the fact that the majority of elected officials remain old, middle to upper class, white males, it’s hard to ignore the selection effect that this can cause. It can certainly discourage people from wanting to “play the game” and set up barriers for entry into politics.