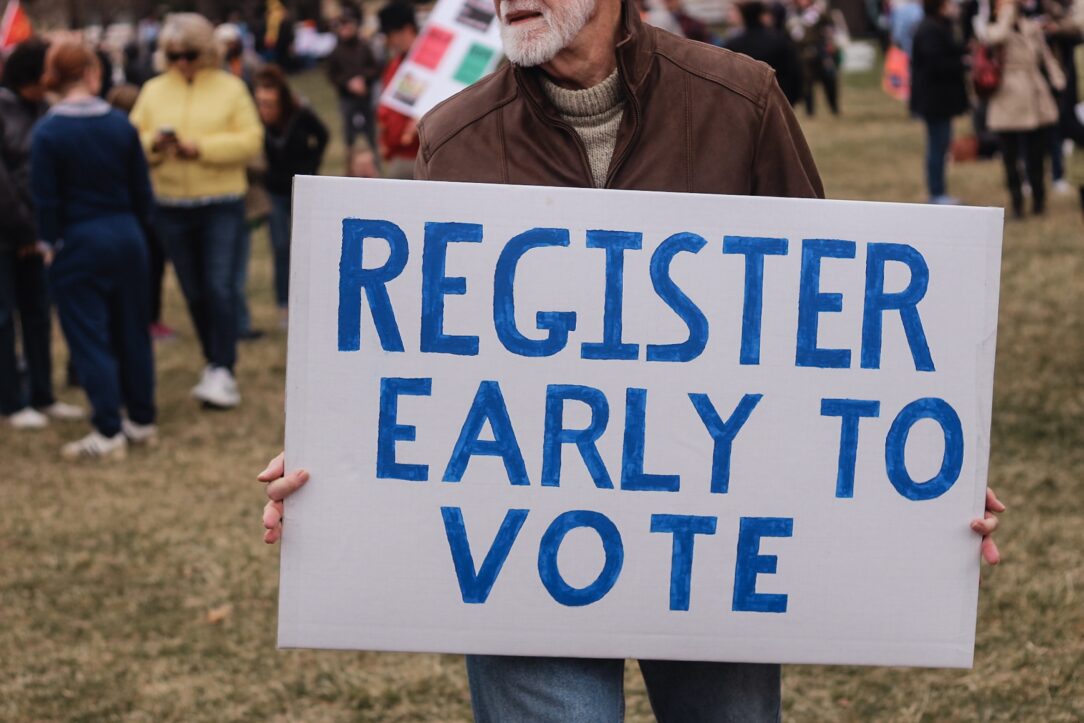 Teach About Voting Rights with Democracy Class from Rock the Vote

By Brian in Rock the Vote, Voting Rights
No comments

Rock the Vote is nothing new. They’ve been around since the 1990’s trying to get people out to vote and to exercise their voting rights.

But in the last few years, they’ve tried something new. They created a program called “Democracy Class,” and they partnered with organizations across the country to teach lessons in schools about the history of voting and voting rights.

In 2019, Rock the Vote is renewing its commitment to Democracy Class and voting rights. It’s working with its partners to roll the lessons out the week of September 16, 2019 – the week before National Voter Registration Day.

So what is democracy class, and how can you be a part of it? Let’s talk about it.

What Is Democracy Class?

Democracy Class is a series of lessons developed by Rock the Vote to teach students across the United States about the history of voting rights. Since Rock the Vote isn’t an educational organization, they partnered with Teaching Tolerance to develop the curriculum.

If you subscribe to the Teaching Tolerance magazine, you might have seen the poster they sent out in one of their issues last year – Five Myths About Voting.

Anyway, Rock the Vote offers the curricular materials free of charge on their website. They’ve also enlisted the help of many partner organizations who will promote the lessons and ensure that they are taught in schools.

And that’s where we come in. I’m going to promote it, and you’re going to teach it. Right?

I’ll describe the three lessons below, and you can go to the Rock the Vote website to sign up and download the materials. Each lesson is approximately 40-45 minutes long – one regular class period.

The Truth About Voting

The first lesson deals with five myths about voting. It’s also a very active lesson, that involves moving around the class and breaking into groups. So just know that your students will have to be good at following directions, and it will be helpful if you have established routines around creating groups.

The opening is similar to a Take a Stand activity. Students vote with their feet on a simple question – like who’s a better football game, the Cowboys or the Patriots? But the twist is that you use this activity to also illustrate how less than fifty percent of Americans typically vote in non-Presidential elections.

Next, students break into five groups and examine five different myths about voting. Through a gallery walk, the five groups rotate to each of the five myths and eventually end up where they started. Finally, the class has a brief discussion about the five myths.

The lesson wraps up with a quick take action piece. Students take three of the myths, turn them into factual statements, and identify three people that they will share these facts with. You could extend this by having students report back or by writing a reflection on their sharing experience.

The History of Voting Rights

The next lesson deals with the history of voting rights. This lesson also requires you to prepare some materials. You’ll need to print the handouts and cut them. You might also want to tape these cutouts on to cards.

The lesson starts with a quick-write or a think pair share. The prompt is: what is something you know about the history of voting and/or voting rights in this country?

After this, you distribute a set of “Voting Rights Cards.” Each card identifies a significant moment in voting rights history.

First, you figure out which five students have the voting rights amendments on their cards – the 15th, 19th, 23rd, 24th, and 26th. Bring those students to the front of the room, line them up in order, and ask them to share what’s on their cards.

After you explain that this presents a rosy picture of voting rights, the students break up into two groups and create human timelines of all the events from 1776 to the Present. There are 27 cards, so depending on how many students you have you might want to pull out some of the less consequential events.

Once the students have lined up in order, they share out each of their events. The idea here is that students can see – visually – how voting rights changed over time. This includes both their expansion, up until the 15th amendment, and their retraction, through the period of Jim Crow. Students then break up into small groups, look at a written timeline, and rewrite their “story” of voting rights.

Finally, the lesson wraps up with a discussion of voting rights today. To some extent, this overlaps with the previous lesson on myths about voting.

Not Just Every Four Years

The final lesson focuses on how turnout is lower in off-year elections – and how important those local and state elections are.

The opening for this lesson is an “Alphabet Brainstorm.” Students work in groups to come with as many answers as possible to the question – How does government affect our lives? And each answer starts with another letter of the alphabet.

Next, share data on how many people vote in local elections in your town. Briefly discuss why that would be less than the number of people who vote or President. Then, give students a list of fifteen issues and have them determine, in groups, which level of government would make a decision about that issue.

Finally, you discuss voting laws throughout the country and in your state. Through that discussion, get students to think about the idea of disenfranchisement. As part of the “Planning for Action #2,” students can make an argument about how to expand the right to vote in your state.

How Are You Going to Teach Voting Rights?

So there are the three lessons. Again, go to the Rock the Vote website to register and download the lesson materials.

The first one is pretty simple. It’s a nice, active lesson that gets students moving around.

The second one is a bit more history-centric, and it’s good if you want to ensure that you’re touching on some historical content.

The third is a bit more advanced, but it’s great for discussing voting patterns and thinking about how voting laws impact turnout.

And remember, one of the six research based methods for improving civics education is to provide direct instruction in government, history, law, and democracy. This would fit the bill.

So which lesson do you like best? Are going to teach one or more of them in your classes this week?

Leave a comment below. I’d love to hear how things go!