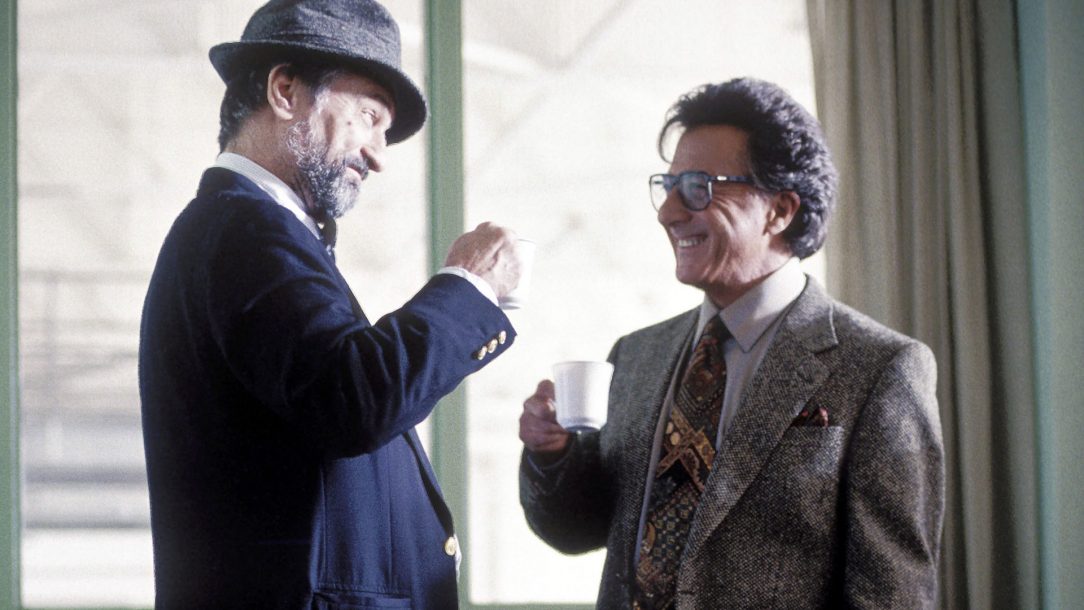 Teaching Civics and Government with Wag the Dog Wag the Dog is an interesting movie that explores the relationship of media and politics. In the film, a spindoctor fabricates a war and creates all kinds of distractions to help his candidate win re-election as President.

Wag the Dog is a strange movie, in that the plot is outlandish but also realistic enough. If you’re into conspiracy theories, you just might think that it could actually happen that way. But beneath the absurdity to which the plot eventually rises is a revealing narrative about politics and the media.

The movie is slightly dated, and you can tell it was made in the 90’s. But my students enjoyed it nonetheless, and these days the themes are especially relevant. You ought to give it a try and watch it with your civics and government class this year.

If you haven’t seen Wag the Dog, here’s a quick plot summary. If you have, you might want to skip down to the next section on civics and government themes in the film.

The movie opens with a political scandal. A young girl accused the President of sexual misconduct, and he’s in the closing stretch of a re-election campaign.

His staff goes into a frenzy trying to figure out how to spin things and control the narrative, and they turn to a professional spin doctor: Conrad Brean (Robert De Niro). Conrad has the unenviable task of distracting the public and making them forget about a scandal that would tank most political careers.

Early on, he opts for obfuscation and sleight of hand. He uses the President’s press secretary to fuel rumors about a potential foreign conflict. Once the ball gets rolling, he figures out that he needs to create an actual conflict to keep the media focused on that and off the scandal.

So he turns to Stanley Motts (Dustin Hoffman) – a Hollywood film producer. Together, they “produce” a war. They create a staged video of a refugee fleeing the a wartorn village. They weave a narrative about a war hero, who is lost behind enemy lines. The team taps a celebrity choir to write and record a song.

One thing leads to another, and the tail continues to wag the dog. You’ll have to watch the movie to see how it ends, and whether or not they’re successful. But trust and believe you’ll never think about the media again in your life.

Civics and Government Themes in Wag the Dog

The movie raises a number of relevant themes that you can explore with your civics and government class. Here are a few that you questions might think about discussing.

What is the Press Secretary’s Job?

What exactly is his job?

I don’t know that there’s been a more publicly recognizable press secretary than Sean “Crowd Size” Spicer. And in today’s context, this question takes on even more relevance. For some insight into the job, check out this old C-SPAN video of Jay Carney, who would later become one of President Obama’s press secretaries.

How Do You Know What You’re Watching Is Real?

One of the other constant questions you ask yourself during this movie is, “Can I trust what I see on TV?”

I think we all harbor a little bit of doubt in the back of our minds. But more often than not, most of us trust mainstream news sources.

But do we really have a reason to trust them? If they were being fed faulty information, would we know? Would we know if the media was participating in an effort to distract us? If the government were using the media to wage a disinformation campaign… would we know?

At the end of the day, trust is a critical component of a democratic society. We can’t know for sure if we’re being fed the truth or some elaborate lie, and so to some extent we have to trust our sources of information. And that begs a related question – how do we build trust in the government and media, and who’s responsibility is it to do so?

The plot of Wag the Dog highlights another timeless idea of political science – that external conflicts united a people.

In this case, a war with Albanian terrorists unites the American people to the point that they ignore a pretty big Presidential scandal. Is that really so unbelievable?

All three of them ended up leaving office with pretty low approval ratings. Just sayin’.

Above all, I think this movie makes you rethink the general question of whether or not the government is doing something because of politics or because of policy.

Today, this question couldn’t be more relevant. When President Trump does something, is it part of an orchestrated policy agenda? Or is it part of a communications plan to control the agenda?

I think that rational, intelligent people have trouble telling the difference these days. The President does a lot of things that are questionable, and in retrospect you wouldn’t be blamed for thinking that they were political stunts. But in the moment, it’s hard to ignore them as policy actions.

In Wag the Dog, you get the rare behind the scenes look and you know that everything the President’s team is doing is bullshit.

Of course this is an exaggeration. But at the end of the movie you’re left wondering… how much is exaggerated and how much is real?

Would This Be Possible In the Age of Social Media?

Perhaps the most interesting question is: would this be possible today? If you accept the premise that inventing an entire news story was possible in a previous era where the mainstream media controlled the flow of information, then would access to social media make this easier or harder?

Frankly, I don’t know the answer to the question but I think it’s an intriguing one to talk about. On the one hand, social media allows people to bypass usual media filters and tell their stories. In the case of the Arab Spring, this allowed activists to broadcast their protests globally and overthrow dictatorial governments.

But this is also the era of fake news. Someone can create a fake news story, circulate it on social media, and it will eventually find its way into the mainstream.

Taken from another perspective, you have a segment of the population today that thinks that all kinds of things are elaborate hoaxes – from 9/11 to the Sandy Hook shooting in Connecticut. Just this morning I read in the news that YouTube had to alter its search results related to the Las Vegas shooting because conspiracy theorists were rising to the top and spreading misinformation on a massive scale.

Find a Way to Incorporate Wag the Dog This Year

Wag the Dog is without a doubt a fun and interesting movie, and it will generate plenty of good discussion opportunities.

Your main concern is probably time, and it is tough to justify taking a few days or a week to watch a movie in class. With that in mind, here are some creative ways to incorporate movies into your civics and government class without derailing things for a week.

So grab a copy of the movie and get to planning. If you’re looking for another movie that might be interesting, check out this list of 24 great government movies.

Have you watched it with your class? What did they think?