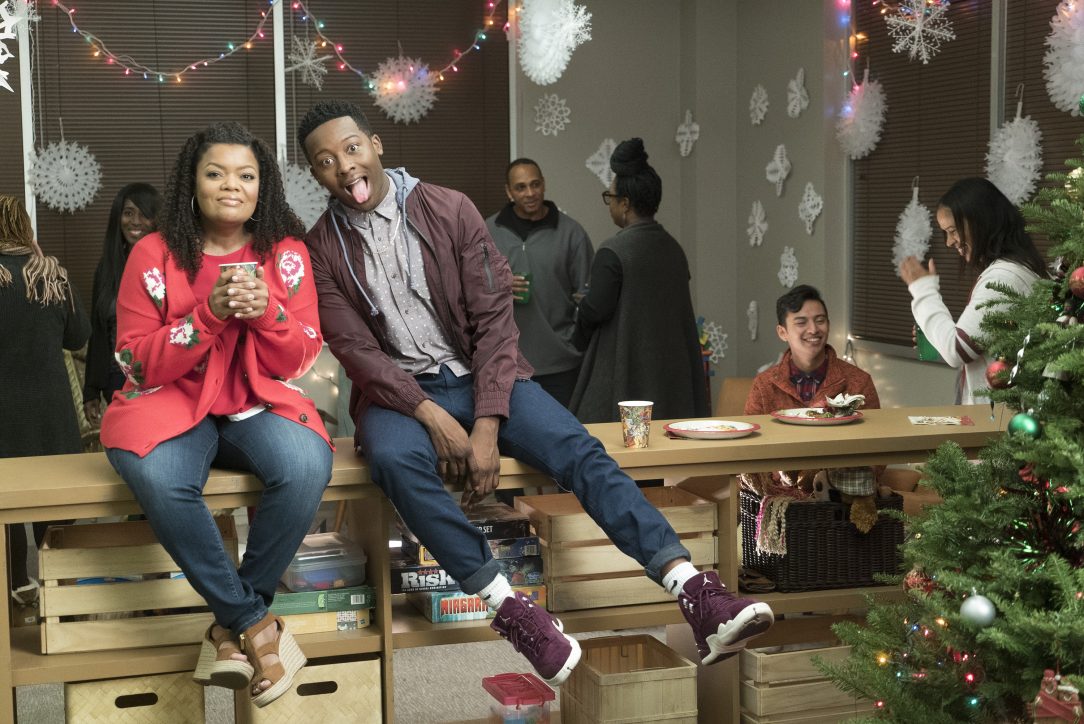 Teaching Civics with Episode 9 of The Mayor: Grey Christmas

This week, episode nine of The Mayor aired. In this episode, “Grey Christmas,” Courtney reflects on his first year as Mayor and whether or not he’s made any real progress with Fort Grey.

The show is a fun way to talk with students about issues related to civics and government. As part of an ongoing series, we’ve been reviewing each episode and highlighting some ideas worth exploring with your students.

So, without further ado, let’s get to this week’s episode.

In this episode, it’s Christmas. The episode opens with Courtney and friends at the local homeless shelter. They’re helping set up for the holiday celebration when Courtney asks the staff about the plans. He’s disappointed that the Christmas dinner and presents aren’t going to be as big as he remembers.

So of course Courtney jumps into action and promises to do something. The only problem is, he doesn’t have the money. Val informs him that he doesn’t have the budget to help the shelter put on a better celebration. Then, she suggests that they go to Council President Gunt and ask him to sign off on using the next year’s budget to fund the event.

Of course, Gunt says no. But he also puts in Courtney’s ear that he hasn’t accomplished anything significant as Mayor. Courtney takes this to heart, and while he’s on the way home, he busts his bike tire on a pot hole, lays down on a covered bench to avoid a storm, and falls into a dream.

In this dream, he’s led around by an angel who’s taken the form of his mom. She shows him what life in Fort Grey would be like if he were never elected Mayor. Gunt is the Mayor, and he’s beyond corrupt. The economy is going south, and the Commons was never redone. The homeless shelter was closed, and the family that Courtney saw in the opening scene had nowhere to go. And Courtney’s friends didn’t like him anymore, because he’d moved on to bigger and better things while on tour.

Courtney has an epiphany during this sequence, and he figures out that he may not be able to do a whole lot… but he can inspire other people to help. He happens across a newscaster, steals her microphone, makes an impassioned speech to the people of Fort Grey, and then runs off to the shelter. While he’s there helping set up, a bunch of other people show up as well with food and gifts – and it’s a bit of a Christmas miracle.

The major question raised by this episode is – how do you evaluate whether or not a politician is successful? And what real power does a politician have?

Is the Mayor Succeeding or Failing?

“Are you better off than you were four years ago?” That question was famously asked by Ronald Reagan in his 1980 Presidential debate against Jimmy Carter.

The problem is that when you dig into it, there’s not a direct connection between politicians, policies, and outcomes. Sure, policies have outcomes. Sure, they impact the economy. But it’s not that simple or immediate. There’s a solid argument to be made that in the short term, the President (or Governor or Mayor) isn’t going to be able to have much impact on the economy. What we have today is more likely the result of policies that were implemented 10, 15, or 20 years ago that are just now coming to fruition. Similarly, changes in crime and education don’t happen overnight.

But at the same time, choices can have real and immediate consequences. Today, the stock market can react to a Presidential tweet or a major news story that breaks in the morning. And so while policies may take a long time to develop and bear fruit, politicians do have the power to influence and inspire – both for good and for bad.

This can be a hard concept to wrap your mind around, and it’s definitely worth discussing. You could ask your students what their Mayor has accomplished in the last few years – or bring it closer to home and think about what the principal of your school has accomplished.

One thing I didn’t like in this episode was the quick reference to gerrymandering. It just didn’t make sense except as a catch phrase.

In Courtney’s dream, Gunt is the Mayor. Val is still the chief of staff, but she’s a more evil version of her self. She barges into the office and tells Gunt that they’ve gerrymandered the town and that he’s guaranteed to be re-elected.

It would seem that the authors wrote this line in just because the term “gerrymandering” is popular these days. There’s been a lot of media attention to gerrymandering at the national level and how it’s impacting the composition of the House of Representatives. While it might be a catchy word, it’s meaningless in this context – and if you’re teaching this to your students it would be worth pointing this out so that they don’t get confused.

It’s also worth pointing out that the ReDistricting Game is a great way to teach gerrymandering. Check it out and try it out.