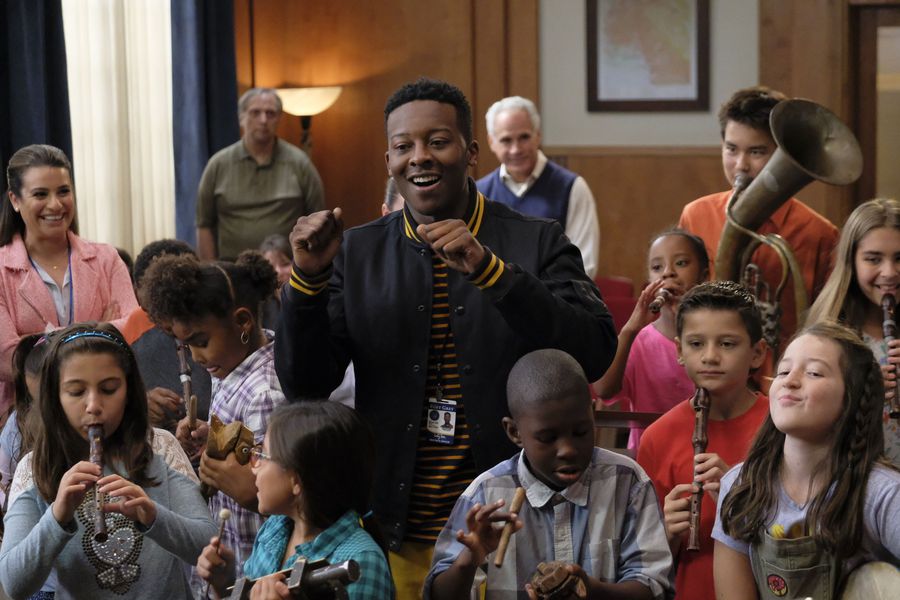 Teaching Civics with Episode 2 of the Mayor: The Filibuster

The Mayor is a sitcom on ABC featuring a young man who runs for mayor to promote his rap career and ends up winning. Then, he’s faced with the task of governing.

The show is surprisingly good at illustrating key concepts in civics and government, and it’s worth watching some of it with your students or having them watch it on their own time. The first episode was ok, but the second one was great. It is full of lessons for your students.

Today, we’ll explore the second episode of the show – “The Filibuster” – and identify some key political themes worth discussing in your social studies class.

Plot Summary of The Mayor, Episode Two: The Filibuster

As the second episode begins, Courtney Rose takes over as Mayor of Fort Grey. In one of his first public appearances, he visits an elementary school and speaks to students in the music program. He talks fondly of his days as a child in that music program and how much it helped him. Then, he promises to fund new instruments and equipment for the program.

His plans quickly run up against a budgetary problem though – the city council wrote it out of the budget. During a budget presentation, Courtney tries to figure out something else to cut and he fails. He tries to veto the budget, and they override him. His staff comes up with a plan to trim inefficiencies throughout the budget to provide enough funding for the program, but they find that there simply isn’t enough fat to trim. The mayor is on the verge of giving up.

T.K. and Dina’s Subplot in this Episode

Meanwhile, there’s a subplot involving one of Courtney’s best friends, T.K. He’s the Director of Constituent Services, and he doesn’t know what he’s supposed to do. Courtney’s mom, Dina, ends up taking T.K. on a tour of the city and pointing out things that need to be fixed – like a traffic light encumbered by sneakers and a low area in the street where water pools up. It finally dawns on T.K. that he has the power to fix these problems by connecting constituents to the proper city departments and facilitating a resolution to their complaints.

Civics Themes in This Episode of The Mayor

This episode was the one that really got me hooked on this show. The storyline is full of threads for you to pull in a discussion with your students. It helps illuminate some often overlooked topics, and it also busts some stereotypes and misconceptions.

Here are four themes and concepts worth exploring with your students, but there are certainly more.

Budgets Are About Priorities, and They’re Not Full of Waste

The show makes a joke out of the budget presentation and implies that it’s boring. But it also demonstrates its importance. Budgets are about services, and they have a real impact on real people. The music program is important to Courtney Rose and the kids, and the budget could mean the end of it.

But the budget presentation also emphasizes the fact that every budget – from the municipal to the federal level – is limited. It operates in a condition of scarcity. You simply can’t afford everything that you want. And so you have to prioritize, and crafting a budget is about deciding what you are going to make a priority. When Courtney’s staff goes through the budget and tries to eliminate enough waste to cover the cost of the music program, they find that there just isn’t enough fat to trim. This busts a common myth about budgets – that they’re full of unnecessary spending and if you just put it under a microscope you can easily cut it down. But more often than not, that’s just not the case. Yet politicians still campaign on this issue because it’s a misconception that resonates with citizens and voters.

Courtney makes it into the mayors office without respecting the traditional process. He’s not a typical candidate, and he gets elected in part due to his novelty and publicity. There are some obvious comparisons to our current President in that regard, although I don’t think they share a lot of policy ideas.

Courtney doesn’t understand the process, and this ignorance gets him in trouble in this episode. He’s upset by the city council’s decision to cut the music program from the budget, so he reacts in an emotional way: he issues a veto of the budget. He didn’t talk with the city council members to figure out if they had the votes to override him, and he didn’t try to work out a compromise. They were united against him, and he quickly found out that one mayor is powerless in the face of a united council.

This highlights the importance of understanding the process. Even if you’re going to break the rules and find new ways of doing things, you have to know the rules that you’re trying to break. Again, there are some parallels to the current scene in D.C., and this could be a vehicle to talk about federal politics and the relationship between the President and Congress.

So That’s What Constituent Services and Casework Are

The subplot with T.K. and Dina is great. It’s funny, and it does a perfect job of explaining what constituent services are. At every level of government, one of the major roles that political staffers play is connecting constituents to government. It’s not glamorous, but it’s important work.

This could also be a good opportunity to explore the structure of your local government. What departments exist in your town? What are some reasons a citizen might contact them? Have any students or their families had experience with contacting their mayors office to expedite a solution to some kind of problem?

The Power of Public Outrage, Social Media, and Transparency

Finally, the closing scene of the episode brings together a few different themes that are extremely relevant today.

Courtney is eventually able to sway the city council’s decision by bringing to bear the power of public opinion. He found out the hard way that the power of his office is not sufficient. But if the city is upset about the budget cuts, the council will have to find another way. This is a perfect example of the interplay between politics and government. Whether or not cutting the music program is good policy is irrelevant. It’s not decided based on an argument on the merits. It’s decided by politics and organizing.

Related to that, this also exemplifies how citizens have power. Most people never pick up their phone to call their city council member or their state legislator. They think it doesn’t matter. And in some cases it might not. But when you can get a lot of angry people to call an elected official, you’re going to have a good shot at changing his mind. In this case, social media also plays a piece in the organizing of that public outrage. Courtney is able to livestream his performance at the council chambers. And while it may be a bit unrealistic for the council members to get that many phone calls immediately, the point rings true.

Finally, this scene highlights a need for transparency. When no one knew about the budget cuts, no one cared. A lot of things get done in government because no one is looking. It wasn’t until Courtney shined a light on the problem that the city woke up and did something. By increasing transparency and making it easier for people to know what’s going on, you make it more likely that they’ll voice their opinions – and that government will take those opinions into consideration.

What Do You Think of The Mayor?

If you’re looking for a place to watch the show, you may be able to stream it on ABC or Hulu. You can purchase the episode for download at Amazon.