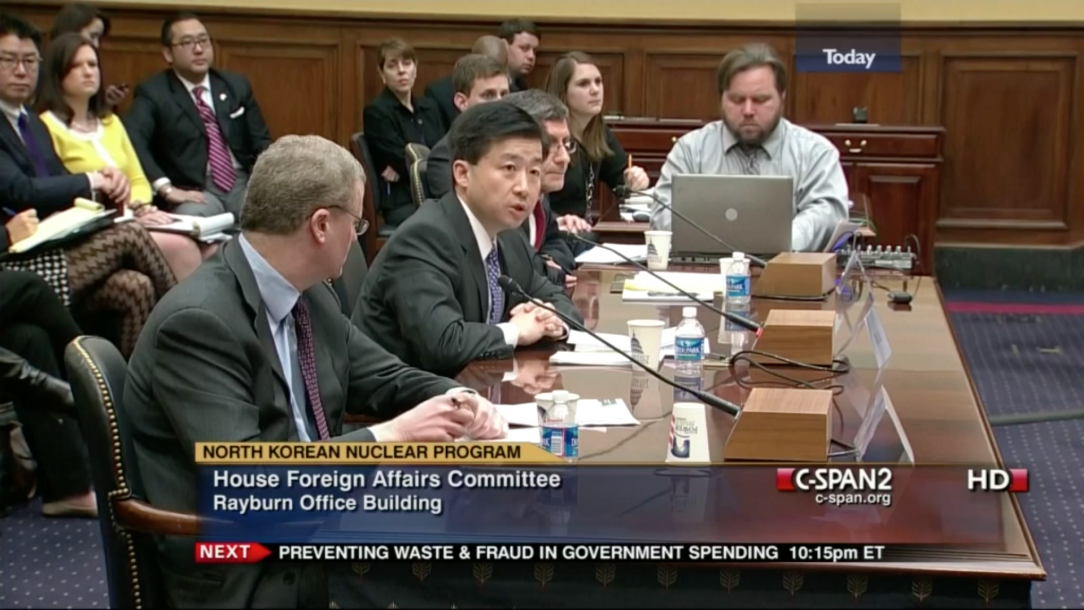 By Brian in Classroom Deliberations, Experiential Learning
No comments

A mock Congressional hearing is a form of experiential learning. It is a great summative activity for a social studies class that has learned about a controversial issue in public policy. This could be used in conjunction with current events, and it could also be used to assess student understanding of controversial issues in history.

By engaging in this type of simulation, students will not only demonstrate their learning but they will also become familiar with the democratic process. If you’re going to affect policy, you have to know how it’s made. So civic engagement requires some familiarity with things like legislative hearings – whether they be before Congress or the City Council.

Illinois recently revised its state graduation requirements to include a course in civics, and it specifically requires that course to include “simulations of the democratic process”. These types of activities are also great to use with C-SPAN’s Classroom Deliberations lessons, and they are a part of the “We the People” curriculum and competition.

Piqued your interest? Keep reading to get a better understanding of how this would work in your classroom and how you could implement it.

If you’ve ever seen a Congressional hearing on C-SPAN, then you know what this looks like. The Congresspeople sit in the front of the room in a row or arc facing everyone else. The witnesses sit at a small table in the middle of the room, facing the committee and with the audience behind them. The audience sits in a large group of chairs behind the witnesses and watches what’s going on.

On one level, this is a performance. It’s a form of simulation and play. But if done right, it also requires that the participants dig deep into the content. Without a clear understanding of the issue, they won’t be able to effectively ask questions or effectively answer them. And the audience, who seemingly has the easiest job, won’t be able to follow the arguments if they haven’t done their own research.

In order to perform the simulation, you’ll need to assign students roles. While there are a lot of potential specific roles, they fall into three general groups – Congresspersons serving on the committee, witnesses testifying before the committee, and observers in the audience.

Let’s break these groups down into some specific parts.

Congresspersons serving on the committee

One student must serve as the Chair of the committee. They would be a Congressperson from the majority party, and their primary responsibility would be to open the hearing and make introductory remarks about the topic. They should also be prepared to monitor time and cut off speakers who go on for too long.

One student must also serve as the Ranking Member of the committee. They would be a Congressperson from the minority party, and like the Chairperson they should be prepared to make some opening remarks.

In this clip, Darin LaHood (R-IL) and Don Beyer (D-VA) made opening statements during the House’s Science, Space, & Technology Subcommittee on Oversight’s hearing on cybersecurity and “WannaCry.”

The rest of the students should be assigned a role as a member of either the majority or the minority party. This would affect how they view the issue. Their primary role in the hearing will be to ask questions of the witnesses.

Witnesses Testifying Before the Committee

These students will do a bulk of the talking before the committee. They should prepare written remarks that are three to five minutes in length and deliver them as testimony. They must also be prepared to answer follow up questions from the committee members.

You should assign some students to speak in favor of the issue and some to speak against. You may find it helpful to assign them specific roles – i.e. the head of an advocacy organization or the lobbyist for a corporation. But you can also let them develop their own personas.

In this example, Jia Lee testified before the Senate Health, Education, Labor, and Pensions Committee while Congress considered reauthorization of the Elementary and Secondary Education Act. She’s also a teacher in New York City.

Observers in the Audience

The rest of the class is observing. It might seem like a challenge to come up with something for them to do. The best way to involve them in the process is to treat them like the people who would normally watch Congressional hearings – political operatives or journalists.

The simplest role for an audience member to play would be a journalist. Their job would be to take notes on what takes place, who says what, and what questions are asked. These notes would then be turned into a story of some kind.

You may or may not want your students to act like this Code Pink protester from Jeff Session’s confirmation hearing.

A political operative would likely take notes in a hearing and write up a memo for their boss. Whether they are a lobbyist or a public official’s staffer, their boss is going to want a concise report of what was discussed, what questions were asked, and how the various committee members felt about the issue.

If you paid attention to the roles described above, each one comes with a specific task. The committee chair and ranking member make opening statements. The committee members ask questions. The witnesses testify. The audience members take notes to write up memos or news stories.

Where Does This Fit in Your Social Studies Class?

These are great activities to wrap up units and lessons in which students do in depth research about an issue. Those could be historical issues or current issues.

For example, you could use C-SPAN’s Classroom Deliberations issues and deal with current issues in public policy. Whether you’re looking at Congress raising the gas tax, Congress requiring standardized testing, or the United States accepting refugees, these are all topics that would make great Congressional hearings.

History is littered with choices made by Congress. Usually, we just teach, learn, and remember that a choice was made. A mock hearing helps us remember that there are two sides to every issue, and that what did happen is not the only thing that could have happened.

Other Fun Ways to Teach Government and Civics

Using simulations like a mock Congressional hearing is one way that you can make your civics and government class more fun. If you’re looking for some more ideas, check out these six ways to teach government in a fun way.