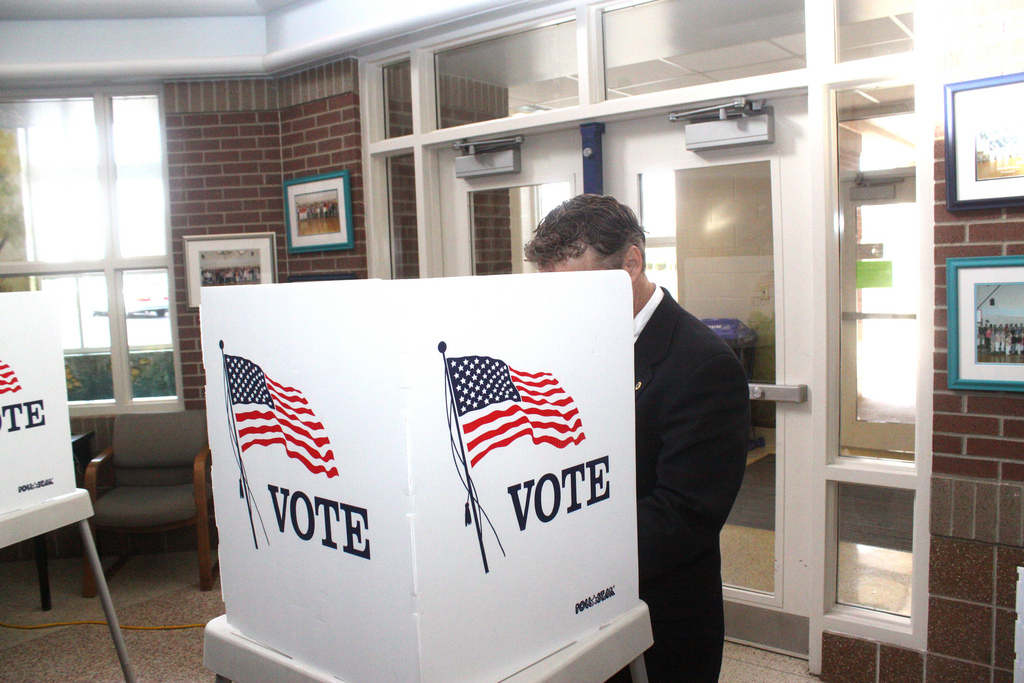 This Week in Civics: Should Voting Be Required?

Every week, I take a moment to look back over news and op-eds related to civics education to see what’s going on around the country (and sometimes the world).

Should Voting Be Required?

The Times of Trenton published an editorial titled, “To protect democracy, every adult in N.J. has to vote.” The exact thesis of the editorial is a bit unclear at first, but they finally bring it home in the end.

It starts by raising an interesting question. It quotes a newly minted state senator, Troy Singleton, who asked on Facebook – should New Jersey pass a compulsory voting law? The editorial goes on to describe a situation in which a majority of the population doesn’t vote (we just had a gubernatorial election with a record low turnout of 36 to 37%), but instead of arguing for compulsory voting it shifts its attention to comprehensive civics education and electoral reform.

Incidentally, if you’re like me, you probably just wondered whether compulsory voting was even Constitutional. That would be an interesting question for an AP Government class to wrestle with. A quick Google search turned up some arguments that claimed it would be unconstitutional as it compelled speech, but these were pretty blatantly partisan. After a little more digging, I came up with this 2007 article from the Harvard Law Review which I think does a good job of addressing all of the Constitutional and legal issues.

Long story short, you can get around the problem of compelling speech (by forcing someone to vote for one of the candidates on the ballot) by offering an option to either a) register an abstention on the ballot or b) offering some kind of conscientious objector status.

The Media Should Stop Focusing on Test Scores

There was an interesting opinion piece in The Citizens’ Voice called, “Newspaper must motivate change.” The author argued that the newspaper – and to some extent the media in general – are creating problems for educators by focusing so heavily on test scores. The scores make for easy reporting and good clickbait, but focusing on them also leads to shortsighted educational policies.

Instead of requiring a civics test, the author argues that we should be spending more time on interdisciplinary and project-based civics education (presumably like this). Incidentally, Pennsylvania (the home of the newspaper) does not currently require the citizenship test for graduation, but as in many other states it was floated as a policy solution recently by a state legislator. This brief column is a good reminder that this is a bad idea.

The Fresno Bee published a guest column titled, “We don’t want to talk about race, but Fresno County needs the discussion.” The author, Daniel Jamison, described a presentation he had made at the Fresno County Civic Learning Partnership on the topic, “Racial Conflict and Civics Education.” He makes reference to an interesting list of thinkers, historical events, and debates. Check it out.

The gist of it, though, is summarized in the final paragraph: “To overcome inertia on this painful subject, all of us, as a community and as a nation, should unflinchingly explain ourselves to each other. And then for ourselves and our youth, strive to understand, unify around and realize America’s founding ideals.” This brought to mind the Truth and Reconciliation Commission in South Africa.

But short of that, a good first step would be to ensure that social studies classrooms and history textbooks are not white-washed and that they tell the full story of American history – the good, the bad, and the ugly.

In other news, Oregon’s kid Governor was sworn into office. He was elected by his peers back in the fall.

And the City Council in Greenbelt, Maryland voted to lower the voting age in municipal elections to 16. It’s now the third Maryland city to do so (the other two are Hyattsville and Takoma Park). The residents of Greenbelt passed a referendum in favor of the move back in November, and lowering the voting age to 16 is not as crazy as you might think.