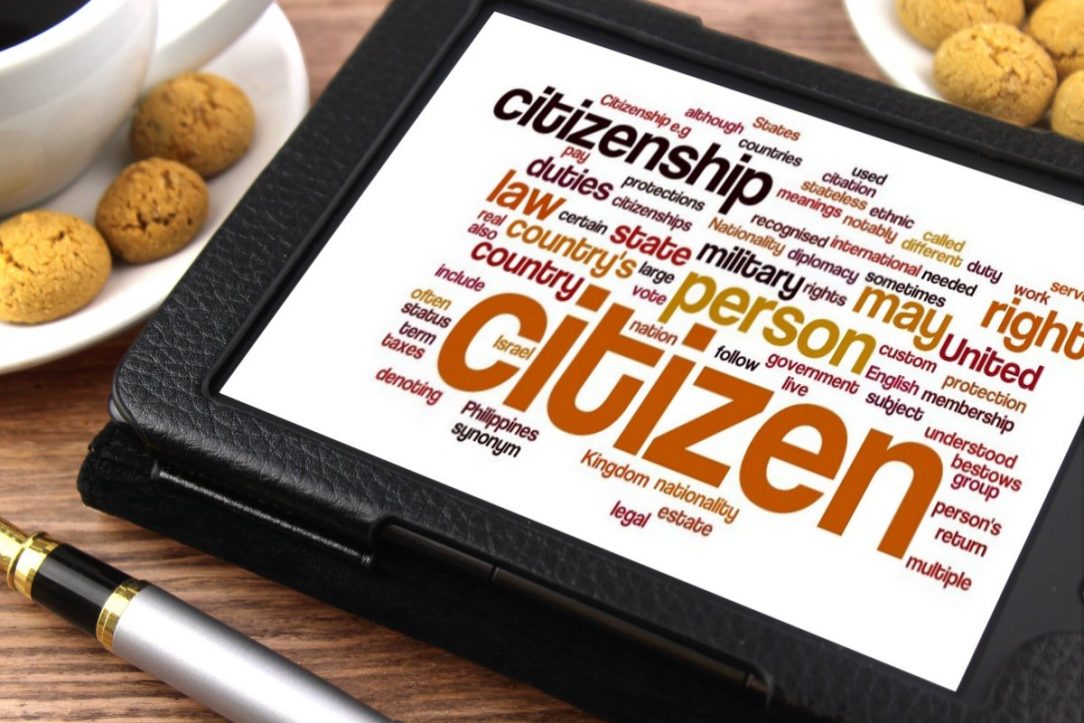 This Week in Civics: Youth Voting in Teen Vogue and Civic Readiness in Nebraska

By Brian in Nebraska, Voting Age
No comments

Each week, I like to sort through the various news articles, op-eds, and columns related to civics education and highlight what’s going on around the country.

The lead article this week relates to a topic I’ve talked about quite a bit in the last few week’s – a 16 year old voting age. From there, we have a couple articles out of Nebraska, a pageant winner who’s focused on civics education, a call for civility and character education, and a radio piece about an organization out on the west coast.

So without further ado, let’s dive in to what’s been going on this week.

A Teen Explains Why Teens Should Be Able to Vote

The first article this week comes from Teen Vogue. In “How Young People Pushed Greenbelt, Maryland to Lower the City’s Voting Age,” Ema Smith explains how she and her fellow teenagers in Greenbelt campaigned for a referendum to lower the voting age to sixteen.

I noticed the election results in Greenbelt in last week’s news round-up, and I’ve written a longer piece about arguments for lowering the voting age. But what I really liked about this Teen Vogue article was that it put the focus on the actual teenagers in question.

So often, people are opposed to lowering the voting age because they think teenagers are incapable of making informed decisions. And while that may be true for some teenagers, the same could be said for some adults. But when you read Ema’s article, it’s clear that she knows what she’s talking about and that she is one of many teenagers who cares deeply about politics and government.

Just go read her words, and then come back and let me know what you think about lowering the voting age.

Ema is also part of the local Youth Advisory Council in Greenbelt. Read more about these committees in a more detailed post here.

Civility and Character Education Are Important Too

Next up is a guest post in the Answer Sheet at the Washington Post entitled “Yes, kids need more civics education – but they need to be taught civility at least as much.”

In this post, Eve Rifkin makes the argument that we don’t just need civics education, we need to teach students to be civil. She references a number of recent incidents where students have done some horrible things and suggests that we need to do a better job of getting students to respect differences and diversity.

I agree with her, although I’m a bit wary of drawing general conclusions from select anecdotes. Character education is definitely an important part of civics education, and Solutions Civics is a good example of a civics curriculum that emphasizes values like mutual respect. Peer Group Connections is another great program that helps teach students how to be more respectful, understanding, and empathetic.

But I’d also throw out there that there’s a bigger, more structural problem at play here – segregation. The Civil Rights Project at UCLA released a new report this week that confirmed, yet again, how intensely segregated New Jersey’s public school system is. When kids grow up in intensely segregated neighborhoods and schools – racially, ethnically, economically, and ideologically – it’s little wonder that they have a hard time understanding people that are different from them. And so long as the structural conditions exist that reinforce and recreate this segregation, teaching civility is just going to put a bandaid on a larger societal problem.

More Civics News Out of Nebraska

Last week, I shared a story about the Nebraska State Board of Education considering a definition of civic readiness. This week, there was an article in EdWeek about the very same thing, titled “What Does a Civic-Ready Student Look Like? Nebraska Leaders Forge a Definition.”

There was an interesting quote in the article from Cory Epler, the chief academic officer for the Nebraska Department of Education:

What I hope this definition does is help educators and administrators see that the responsibility for civic readiness rests with all of us. It’s not just something that social studies educators should be concerned about.

What I like about the definition is that you start to see how interdisciplinary it is. Even if I am a science teacher, I can create learning experiences and promote activities that would support civic readiness. We’re famous in education for putting things in boxes; I think this opens up the conversation about civic readiness.

And he’s absolutely right. Yes, the “content” part of civics falls under the auspices of social studies, but important parts of civics education like service learning and problem based learning are far more broad. Real, active citizens have to be literate in every sense of the word – the written word, math, science. In the spirit of Paulo Freire, our ultimate goal is to help students read the world, and everything else is a means to this end.

In other Nebraska news, there was a letter to the editor in the Omaha World Herald titled, “The Public Pulse: Support civic education.” The author, Magan Smith, wrote about an organization called Nebraskans for Civic Reform. They do an interesting mix of things in schools (i.e. after school programs), the community (voter education and registration), and both (street teams).

I’m going to make a note to come back and look into this group a bit more to see exactly what they’re doing and how well it’s working.

Caleigh Shade is a freshman at Salisbury University, and she’s a competitor on the teen pageant circuit. She was recently named Miss Maryland Teen and her platform is… civics education.

The article mentions an organization that she founded, “We the People: Our Voice Our Vote.” The organizations mission is to bridge the gap in civics education for elementary and middle school students – who are often given a heavy dose of reading, math and science. She arranges for guest speakers to come to classrooms to expose students to the political process.

This is a) a great idea for an organization and b) amazing that it was orchestrated by a college student. Those of us with connections to political figures and elected officials ought to take some inspiration from Caleigh and do the same.

To close out, we have a radio spot from KUOW titled, “Civic Saturday inspires a renewed appreciation of the rights and duties of citizenship.” The lead in quotes Thomas Jefferson – this is the third week in a row I’ve seen that old quote about being ignorant and free. It also references an article from the NEA magazine earlier this year.

Civic Saturdays are an interesting, albeit slightly strange, idea. So say the founders, it is the “civic analogue of church: a gathering of friends and strangers in a common place to nurture a spirit of shared purpose.” Click through the first link at KUOW and listen to the founders of Civic Saturday talk about their mission.

What Do You Think? What Did I Miss?

Which of these stories did you find the most interesting? Did I miss anything important from this past week?

Drop a line in the comments and let me know.