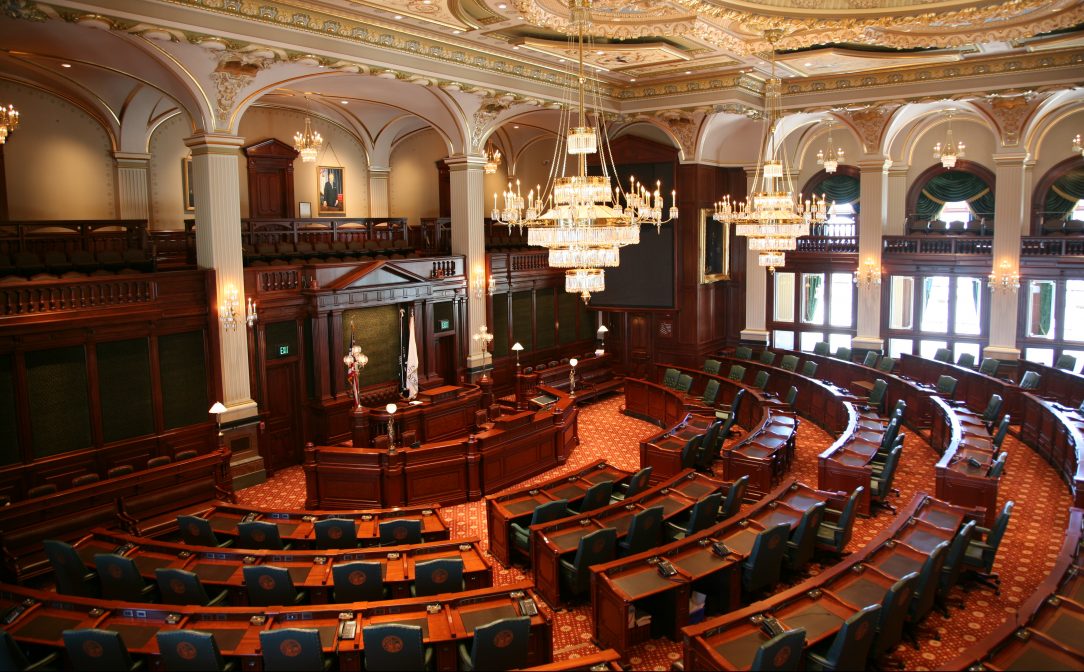 By Brian in Curriculum, Illinois, Project Based Learning, Service Learning
One comment

Throughout the country, legislators are struggling to figure out how to improve civics education. Many people agree on the goal. They just don’t agree on the methods.

In some cases, legislators have pursued misguided attempts to implement the citizenship test as a graduation requirement. This won’t do much, other than adding another barrier to graduation and forcing schools to spend more time on test prep. A better solution would be to revise the state’s graduation requirements and include more specific language about teaching civics in schools. This addresses the fact that teachers often struggle to infuse civics in their traditional social studies courses because of demands made by state curriculum standards.

What’s a state to do?

Well, Illinois provides us with a great example. They passed a law in 2015 that changes the state’s graduation requirements and specifically calls for a semester of civics.

What Does Illinois Civics Education Law Do?

In 2015, Illinois passed House Bill 4025, which modified the state’s graduation requirements to mandate a semester of civics education. The law took effect last year and impacts freshmen who entered high school in the 2016-17 school year.

Here’s the relevant text of the amended statute:

[Of the courses required for graduation] at least one semester must be civics, which shall help young people acquire and learn to use the skills, knowledge, and attitudes that will prepare them to be competent and responsible citizens throughout their lives. Civics course content shall focus on government institutions, the discussion of current and controversial issues, service learning, and simulations of the democratic process.

Essentially, the law does two things. First, it modifies the graduation requires so that students take a semester of civics. Second, it provides an outline for what should be included in that civics curriculum. The requirements begin with what is typically included in a civics and government course: instruction about government institutions.

After completing the civics course, students should understand how government institutions work and how policy is made. This is your good old three branches of government, how a bill becomes a law, and civil liberties stuff.

By itself, this isn’t going to create good citizens. But it is important information that students need to know in order to make the most of the other three requirements. And so it makes sense that a civics course should include some standard instruction in how government functions. If you’re a regular reader of this blog, you know that I’m a huge fan of current events. My students watch CNN10 on a regular basis, read the newspaper, and do a good bit of writing about what’s going on around the world today. I just think it’s so important for students to be aware of what’s going on.

Controversial issues are also important. Controlled discussions in the classroom help students develop the skills and attitude necessary for engaging in controversial discussions in a rational way. In the real world and on social media, this often isn’t the case. C-SPAN’s Classroom Deliberations lessons are a good example of this.

Third, the bill requires students to engage in service learning. Service to your community is a critical part of being a good citizen, and it needs to be included as a part of civics education.

Once upon a time, Boston required all of its students to complete a civics curriculum. Part of this curriculum dealt with ways that you could be a good citizen – outside of voting. Civic engagement takes a lot of different forms, but at the end of the day it all revolves around the concept of working to make your community a better place.

This is why I’ve engaged in a service learning project since my first year as a teacher. Each year, we host a blood drive at my school. Students have an opportunity to give selflessly to help others, and they can learn about the different reasons people need blood transfusions. Some might see this as outside the scope of social studies, but I think it’s central to civics education.

Simulations of the Democratic Process The final component of the law is that students must engage in simulation of the democratic process.

On the one hand, this could be participation in democratic structures – think student government. It could also be participation in literal simulations of the process. I love wrapping up my C-SPAN Deliberations lessons with mock Congressional hearings. You could even go a step farther and witness the real democratic process in action – by visiting a city council meeting or the statehouse (note: New Jersey teachers can get a grant to fund a class trip to the state house in Trenton).

On the other hand, this could also include a form of project based learning. Whether it’s Youth Participatory Action Research, Project Citizen, or the Citizen’s Campaign’s Solution Civics, these types of projects all walk students through the process of being engaged citizens. They pick a problem, they investigate the problem, and they advocate for a solution.

Where Does the Illinois Civics Ed Law Fall Short?

The great thing about Illinois’ new civics education law is that it calls for a specific course in civics and outlines four key features of that class. This is a great step forward, and it’s much better than simply asking teachers to incorporate civics into their history courses.

But it’s also not perfect.

When you look at the graduation requirements for Illinois in their totality, they seem pretty lacking in some areas. The state only requires two years of social studies at the high school level. Previously, this was one year of U.S. History or government and one year of an unspecified subject. That is a ridiculously low bar to set. I find it questionable that New Jersey only requires three years of social studies, but it’s unconscionable that a state could only require two years.

The complicating factor for this new law is that it adds a semester component to the course requirements but it doesn’t add any extra time. Illinois still requires only two years of social studies, and one semester of that must be a civics course.

That is wholly inadequate. At the very least, students ought to take one year survey courses in World History and U.S. History. A third and/or fourth year permit some flexibility for elective courses and things like civics. By cramming a semester of civics into two years of social studies, you’re going to end up cannibalizing time that is already scarce.

So Illinois has taken one step forward in mandating civics and identifying good civics education. But it leaves some room for improvement.

What Do You think?

What do you think about this. Is it a good model for other states to follow or no?

Do you teach in Illinois? I’d be curious to hear how this is being implemented in schools – because the devil is always in the details.

1 comments on “How Illinois Revised Its Civics Ed Requirements”