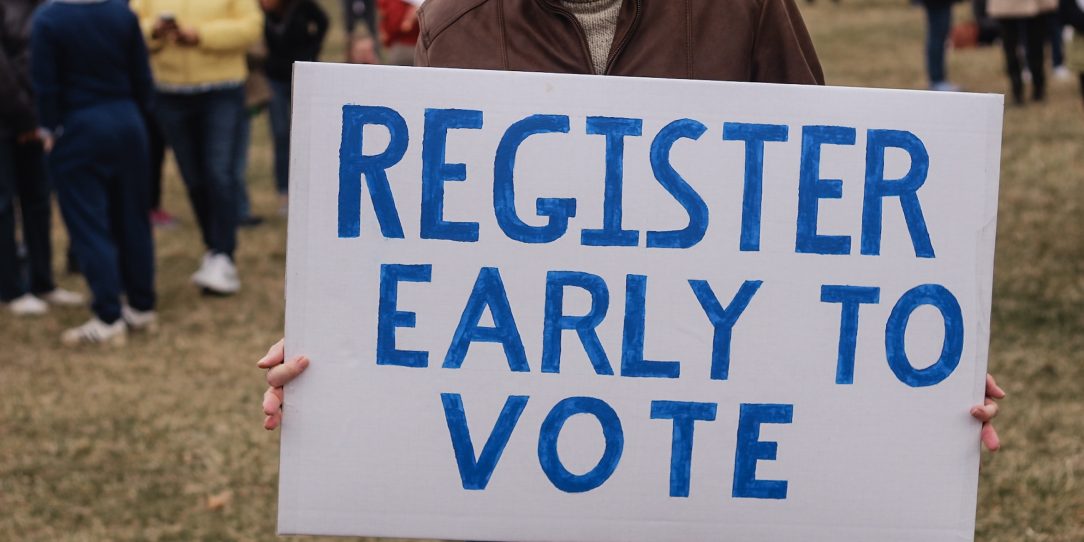 This Week in Civics: Rock the Vote and More Kid Governors

Towards the end of the week, I like to take a moment to reflect on what’s happening around the country (and sometimes the world) with regards to civics education. So here’s a look at some news articles from this week.

This week we’ve got an expansion of an elementary civics program, a new effort by Rock the vote, and some updates in New York and Massachusetts.

We’ll start this week with the expansion of a cool program for elementary students: Kid Governor.

Kid Governor is a program for fifth graders. It teaches students about civics, and it culminates with a statewide election in which a group of fifth graders vie for the right to be the state’s Kid Governor for a year. Then, they spend the year advocating for a cause of their choice.

Kid Governor first came up on my radar last year when I saw a news story about Oregon’s Kid Governor election. Since then, I’ve had a chance to talk with one of the originators of the program in Connecticut. I’ll be writing some more about the program in the next couple of weeks.

Check it out, and then check back here later for more about how the program works. It’s a great resource for elementary school teachers to incorporate some civics, and it’s an awesome experience for the students who compete in the election.

Another program that is expanding is Rock the Vote. You’ve no doubt heard about the program, which seeks to register young people and encourage them to vote.

But this year, they’re going into schools and actually teaching some civics along with their voter registration efforts. Or, more specifically, they’re partnering with Teaching Tolerance so that teachers in their network can utilize these resources to teach civics education in their class.

You can find the resources on Rock the Vote’s website under the title, “Democracy Class.” After you enter your email address and register, they’ll reveal a link to three lesson plans.

I’m going to take a more in depth look at these lessons before I decide whether or not they’re worth using, but a cursory look shows them to be promising. There are three lessons, each for a regular 40 minute class, titled:

One way or another, this sounds like a great partnership leveraging an existing network of educators to incorporate more civics education in schools.

I recently added an entire post on this topic. Read more about teaching voting rights with Democracy Class here.

De Blasio Calls for Civics, Others Call for Testing

In his state of the city address earlier this year, New York City Mayor Bill de Blasio issued a call for more civics education in the city’s schools. As part of a larger citywide effort to improve civic engagement, he created an initiative “Civics For All,” which is described on the city’s website as:

Our public schools will be dedicated to giving our students the tools they need to be active, productive participants not just in our economy, but in our democracy. We will begin teaching civics in every New York City public school.

As always, this emphasis on civics education has prompted some people to call for a concomitant increase in testing. Charles Sahm, a senior fellow at the Manhattan Institute, wrote an op-ed in the New York Post calling on the city’s schools to incorporate the citizenship test in their new civics initiative.

He makes the usual argument – most Americans can’t name the three branches of government, all immigrants are required to take this test, and they often do well. While I disagree on a philosophical level about mandating the testing, I will at least give Sahm credit for stopping short of advocating for a high stakes version of the test.

The one suggestion that he uses that is not so objectionable is to use the test as a formative assessment early in the year – for example on Constitution Day – to see what kids know and begin a yearlong conversation about civics. If this were the only way in which it was used, incorporating the citizenship test may not be a horrible thing.

But it’s worth reminding us again that tests don’t teach – and the answer to improving civics education is not to introduce new tests. If civics is taking a backseat to other content areas because they’re tested, we should instead think about reducing the amount and stakes of our current testing regimen.

Massachusetts on the Brink of a New Civics Law

Finally, the Massachusetts legislature last month passed a bill that would introduce some new requirements for civics education, including an emphasis on project based learning. The Governor returned the bill with an amendment which would require schools to offer a project but also require them to offer students with an alternative to the project.

More on the bill later, but it has at least sparked some interest in the topic. A local paper reports that a group of citizens in Melrose, MA will be forming an organization called Civitas to convene conversations around the role of civics education in the state’s schools. It will be interesting to see how these conversations move forward, what kind of participation they get, and how the disagreement between the Governor and the Legislature will eventually play out.

What Else Happened in Civics This Week?

Those are some of the big stories that came up in my news feed this week.

What do you think about these stories? Did I miss anything? Drop a comment below and join the conversation.